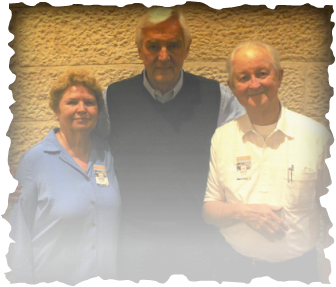 There are some very touching and emotional reunions in the Bible. The prodigal son and his father, Jacob and Joseph, and the newly raised Lazarus and his sisters.   These are but three of them. Each one touches our hearts as we imagine the joy and relief that is felt as each are reunited, some after many years of separation or even as  in the story of Lazarus, his death. But, perhaps there is no more precious, joyful, blessed reunion than the one that occurred on the first Easter morning between Mary Magdalene and the risen Lord.   This reunion was unexpected by Mary, but planned by Jesus. The morning that had begun as a time to go to the tomb where Jesus had been laid, to anoint his body, was no longer a time of sorrow and unimaginable grief.  It was now a time of unimaginable praise and worship.  For Mary heard the most beautiful sound she had ever heard, she heard a voice speak her name.  It was spoken with such love and tenderness. She knew the voice, had heard it so many times and yet this time the joy of hearing it almost took her breath away.   None of the disciples or the women could have known the joy that was in store for them that first Easter morning. For this morning had eternal consequences and was full of promise as no morning had ever been before. The promise of this morning was the fulfillment of God’s plan of salvation for all mankind.  Mary was the first to see and hear Jesus. He had done just as he had said he would do. He had risen and was now alive forevermore.   Another promise of that morning was one that Jesus shared with those who loved and followed Him, and He shares it with us today.  ”Because I live, you shall live also”.  No more precious promise could fall on broken hearts than this. No greater promise could fall on ears striving to close out the sounds of the hammer and nails as Jesus was put upon the cross.  God’s plan, God’s promise of salvation thru His Son had been fulfilled. And Mary, going early to the tomb, seeking to help with the anointing of Jesus’ body was given the privilege of being the first to see and speak with the risen Lord.  The opportunity to meet and to speak with Jesus early in the morning is available to each of us. He will speak and reveal wonderful things to us as we spend time together.  And just as Mary experienced the unbelievable joy of being in the presence of the risen Lord, so can we.  For this is the promise He gives to all who know and love Him.  ”As I live, so shall You” and we again celebrate the fulfillment of the promise,  the promise of God’s eternal Easter morning.